He was a living legend, with 109 high school state champions and three Olympians developed under his tutelage. He won 21 high school team championships in 22 years at Granby High School, and he developed one of the most successful wrestling camps in the nation, the Granby School of Wrestling.

Billy Martin has been there and done that. Martin’s influence on high school wrestling in Virginia is well-documented and still prevalent.

There are only nine wrestlers from Virginia that have won an individual NCAA title and Billy Martin coached six of them in high school. A seventh, 2000 NCAA champion Carl Perry, was coached by son Steve Martin at Great Bridge High School.

Peter Blair was the first NCAA champion, winning two titles at Navy in 1954 and 1955. What is even more amazing about the Granby team is that Blair, an Olympic bronze medalist in 1956, never started on his high school team. In 1955 another Granby alum ascended to the top of the podium, Lehigh’s Eddie Eichelberger. The Engineer went unbeaten his last two years in college, winning a second title in 1956.

The 1960′s were big for Granby alums. In 1962, two Granby wrestlers finished in the top three at 115 pounds. Gray Simons was champion, beating Mike McCracken from Oklahoma State, while four-time high school state champion Okla Johnson, finished third for Michigan State. Jim Harrison of Pittsburgh, Fred Powell of Lock Haven and George Radman of Michigan State are the other Martin products to win an NCAA crown. “I’d say my father’s impact was probably making the Granby Roll famous,” Steve Martin said. “When the East Coast guys would use it and wrestle the Oklahoma State guys, they would always say Myron Roderick yelled, ‘Watch the Granby!’ ”

Each of Martin’s four sons won high school state titles. David won four state titles at Granby and went on to wrestle at Indiana State. Billy Jr., the oldest of the Martin boys, was a three-time state champion in high school and a three-time All-American at at Oklahoma State, finishing second at 126 pounds in 1974.

By the time the two youngest boys were ready for high school, the family now lived on a farm in Virginia Beach and Billy Sr. had retired from coaching. Wayne and Steve wrestled at Kempsville in Virginia and also had college careers. Wayne attended Old Dominion and Steve wrestled for legendary Dan Gable at Iowa, finishing seventh at the NCAA championships in 1989 at 118 pounds.

In December of 2002, The Virginian-Pilot, a large daily newspaper in Southeastern Virginia, gave wrestling more space than it ever had on its pages. Ed Miller put together a two-day, 3,000 word story on the Martins that ran on the paper’s front page. It was the centerpiece of the paper for two days during a time when the war on terror was dominating headlines. Miller wrote “Learning the Granby Roll from Billy Martin is like learning basketball from James Naismith.”

“My dad produced all those NCAA champions, and they were coming from one high school. There are only two other schools that have produced more NCAA champs than Granby,” Wayne, the family historian of sorts, noted.

Billy Martin passed away March 28th, 2007, but his legacy is still ingrained in every instructor and camper that comes through the Granby School of Wrestling.— Abbreviated and amended story by Jason Bryant, from the book “The History of Collegiate Wrestling” 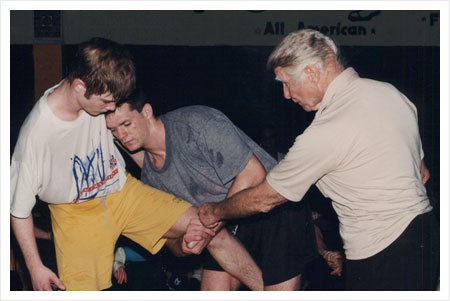 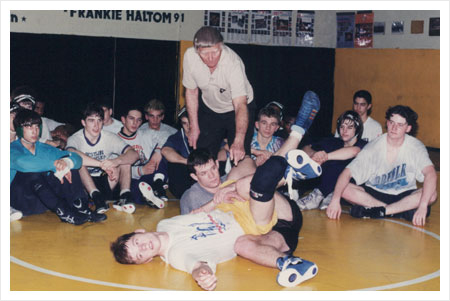 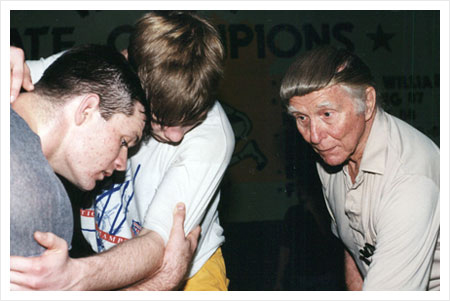